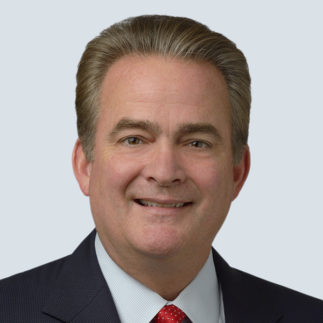 Frank Proctor is responsible for Property & Casualty new business activities and focuses on handling complex accounts at Conner Strong & Buckelew. In addition, Proctor acts as mentor to many of the firm’s young Producers.

Proctor joined Conner Strong & Buckelew in 2006, with many years of leadership experience in the insurance brokerage industry. Proctor specializes in accounts with sophisticated exposures and complex insurance needs. Prior to joining Conner Strong & Buckelew, Proctor worked at The Graham Company, a Philadelphia based insurance brokerage. He was hired at Graham as an Insurance Producer in 1995 and ultimately became an Officer of the company and a member of their Leadership Group in 2003. Proctor also worked for five years as a Mechanical Engineer and Sales Representative for Thermal Basic, Inc. in Enfield, CT.

Upon Graduation from The Naval Academy, Proctor entered the Navy’s Nuclear Power Program, where he was trained to perform duties as a Nuclear Engineering Officer with the Submarine Service. Proctor served on board the USS Oklahoma City (SSN – 723) until August of 1990 when he completed his military service.