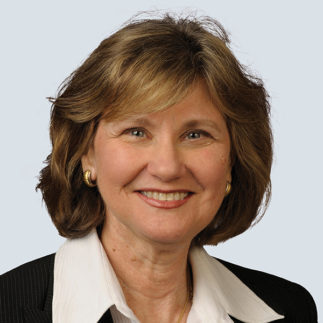 Diane DiFrancesco concentrates on sales for Conner Strong & Buckelew in the Public Sector and the North Jersey marketplace.

DiFrancesco began her career at John Hancock in 1966 as a Group Health Claims Representative. After leaving John Hancock, she went to work for American Mutual as a Workers’ Compensation Claims Adjuster. In 1987, she went to work for Amalgamated General Agencies where her responsibilities included Claims Representative, Personal Lines Customer Service Representative and eventually moving to a sales position. DiFrancesco joined Conner Strong & Buckelew in 1997 working in the Public Entity and Employee Benefits Divisions.

Pennsylvania State University – Bachelor of the Arts in Spanish

Community Involvement
DiFrancesco is currently a member of the Board of Trustees of Freedom House. She has served on the fundraising committee of New Jersey Network and is a former Board Member of the Emmanuel Cancer Fund. She has been involved with the College Women’s Club and the Scotch Plains PTA. She is also a former Trustee of the Scotch Plains Library and Union County College.